Niels Bjørn Mortensen: Heavy fuel oil and the Arctic — are they compatible? 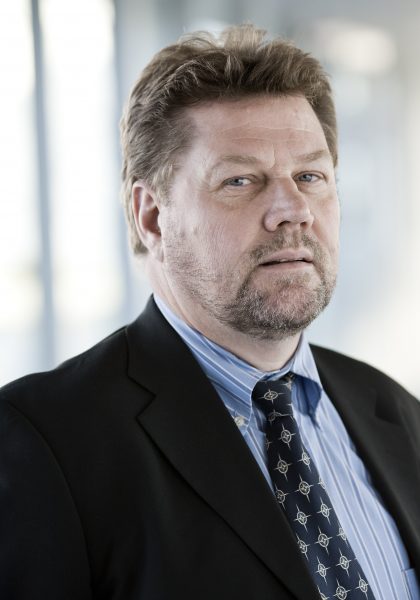 Here’s an op-ed from regarding the risks of using heavy fuel oil in the Arctic from master marine and naval architect Niels Bjørn Mortensen. A former consultant at BIMCO and director at Maersk Maritime Technology, he is now an independent consultant.

Continue reading on Lloyds List: Heavy fuel oil and the Arctic — are they compatible?

As Arctic waters open up, most likely due to human use of fossil fuels, vessels powered by heavy fuel oil are likely to divert to Arctic waters in search of shorter journey times. This will mean more burning of marine fuels and black carbon emissions, accelerating further melting. More open water means further absorption of the sun’s warmth and heating of the Arctic Ocean — a vicious cycle.

As a former navigator I have sailed on ships in both the Arctic and the Antarctic. In 1979 I was second officer on the first ship to East Greenland in that season and we arrived at Angmagssalik around July 1st only after spending a day navigating very heavy multi-year ice Later that year, I was in the Thule (Qaanaaq) district in north west Greenland, which only opened up for ship traffic in early August.

Much later, around 1998, I got involved in IMO’s work on drafting the Polar Code. The first draft was brought to IMO by Canada, but it needed quite some work in order to appear as an IMO document. The first version was adopted in 2002 as a set of voluntary guidelines, whereas the present version, which entered into force 1 January 2017, is a mandatory IMO Code under both the SOLAS and the MARPOL Conventions.

Looking again at this year’s ice chart, it appears like the areas I visited back in 1979 will be open to ship traffic much earlier and the navigable window will be much longer.

Is that good? Well, from a purely navigational view an ice-free Arctic for half of the year would be convenient. Many tonnes-miles would be saved and thereby less fuel burned on a global basis, which arguably could have a mitigating effect of shipping on climate change and even delay the 2 degree C temperature increase scenario by several weeks. But overall, is this significantly beneficial compared to the negative side-effects of global warming, and the potential impacts of burning heavy fuel oil in the Arctic?

Rapid melting of the Arctic sea ice and the Arctic glaciers is predicted to have negative global effects. Melting of glaciers will result in rising sea levels globally, threatening the existence of many island states. Many large cities will also need to invest in expensive climate change mitigation enterprises, such as increasing the height and extent of dikes and barriers. Two obvious examples are New Orleans during Hurricane Katrina and New York/New Jersey during hurricane Sandy. Rising sea levels and a likely increase in frequency and violence of hurricanes is a toxic mix for low-lying cities and countries.

Massive melting of ice in the Arctic might also, according to some scientists, force the Gulf Stream to take a more southerly course, which will result in a much colder North Europe. So even in a global warming scenario there might be regions that will experience colder weather and climate.

Heavy fuel oil, or HFO, is a dirty and polluting fossil fuel that powers ships around the world. Around 75% of marine fuel currently carried in the Arctic is HFO; over half by vessels flagged to non-Arctic states – countries that have little if any connection to the Arctic.  Combined with an increase in Arctic state flagged vessels targeting previously non-accessible resources, this will greatly increase the risks of a HFO spill.

If Heavy Fuel Oil poses risks is spilled in the colder waters of the Arctic, it breaks down even more slowly than in warmer waters, with long-term devastating effects on both livelihoods and ecosystems.

HFO is a larger source of harmful and high emissions of air pollutants, such as sulphur oxide, nitrogen oxide and particulate matter, including black carbon, than alternative fuels such as distillate and liquid natural gas (LNG). When emitted and deposited on Arctic snow or ice, the climate warming effect of black carbon is five times more than when emitted at lower latitudes, such as in the tropics.

Canada, along with Finland, Germany, Iceland, the Netherlands, Norway and the US have now proposed, in time for next week’s 71st meeting of the IMO’s Marine Environment Protection Committee (MEPC 71,that work begins on mitigating the risks of use and carriage of HFO as fuel by ships in the Arctic. The European Parliament has broadly supported this move by adopting its resolution calling for a ban on the use of HFO in Arctic waters, while

Danish Shipping (the association of Danish shipowners), and Arctic expedition cruise operator Hurtigruten have, amongst others, have called for regulation or banning the use of HFO in the Arctic.

The submission from Canada et al is a request for a new output from IMO, hence there is no concrete text amendments proposed. However, it is already embedded in MARPOL Annex I that carriage of Heavy Grade Oil in the Antarctic, i.e. south of latitude 60 S, is prohibited. Heavy Grade Oil is defined as oil with a density > 900 kg/m3 or a viscosity (at 50 deg. C) of 180 centistokes (cSt) or above. Thus, drafting of the relevant text to introduce a similar ban in the Arctic would be the least of the challenges.

It is noteworthy that the proposal will only cover the carriage of HFO as fuel, not as cargo. There are huge known oil reserves in the region, not least in Russian Arctic, and a possible ban of transporting this at sea would presently not be feasible. Oil transported as cargo will most certainly be carried on board double-hulled tankers, whereas the requirement to double side skin protection of fuel tanks has only taken effect for ships built after 1 January 2017.

It is also interesting that Canada et al in the submission do not use the damaging effects of Black Carbon as part of the rationale for a ban.

In October 2016, the IMO at MEPC 70 decided that from January 1st 2020, all ships operating outside Emission Control Areas (ECAs), must not burn fuel oil with a Sulphur content above 0.50% (by mass). When that rule was adopted in 2008, it was believed that such future fuel oil would be distillate, either Marine Gas Oil (MGO) or Marine Diesel Oil (MDO).

One could then suggest that the problem of carriage of HFO in the Arctic would resolve itself by 2020.

Well, if only the world was so simple.

In connection with the 0.10% Sulphur limit in Emission Control Areas in 2015, the world saw a number of new fuels which did not fall under the traditional definition of distillate fuel. It is expected that the 2020 global cap of 0.50% S limit will see the introduction of many new fuels. Some of these are expected to be based on de-Sulphurized HFO derived from sweet crude, others might be blends of HFO with low Sulphur products. It could even be new oil products that the world has not yet seen.

It should thus be evident that a carriage ban only on HFO as fuel might not solve the potential problem. Whether the definitions of Heavy Grade Oil, as used for the Antarctic, will suffice, is not for this author to judge. It would be recommended to involve refinery and bunker experts to ensure a robust definition of a fuel ban in the Arctic.

At this July’s Marine Environment Protection Committee meeting, IMO member states must not only support the action proposed by Canada and others to mitigate the risks of HFO use in the Arctic, they must commit to any measures taken by the IMO to reduce these risks – including a ban.

Niels Bjørn’s seagoing career started in 1971 and included several trips to Greenland and to the Antarctic. He gained a Master’s certificate in 1979 and served as deck officer in the East Asiatic Company until 1983 on containerships and con-bulkers.

After studying naval architecture from 1983 to 1987, he worked in the Basic Design Department of Burmeister & Wain Shipyard from 1987 to 1996 and became Head of Department in 1994. During that time a large number of tankers, OBOs and bulk carriers were designed and built at the yard.

From 1996 and onwards he was employed by BIMCO as technical consultant and from 2002 as Head of the Marine Department. He spent some ten weeks annually at the IMO during these years and participated in three expert groups, the last in 2007 on amendments to MARPOL Annex VI on air pollution, and aas also involved in the development of the Polar Code.

From 1 March 2010 Niels Bjørn has been Director of Regulatory Affairs in Maersk Maritime Technology, A.P.Moller-Maersk. Chairing the Technical Committee of the Danish Shipowners’ Association.

Niels Bjørn resigned from A.P.Moller-Maersk 1 December 2016 and is now active in organizing and chairing conferences.