The Guardian: Shipping’s dirty secret: how ‘scrubbers’ clean the air – while contaminating the sea 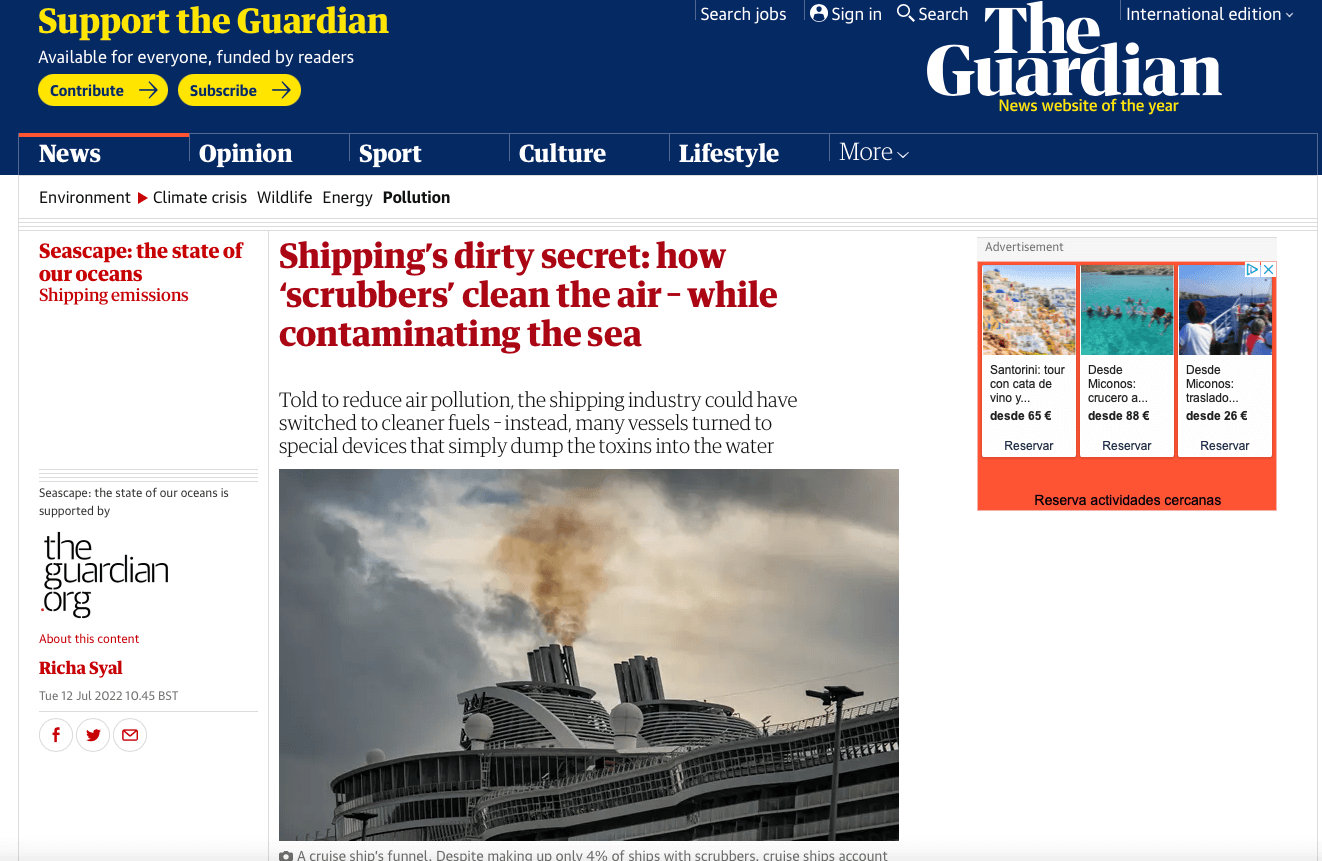 Told to reduce air pollution, the shipping industry could have switched to cleaner fuels – instead, many vessels turned to special devices that simply dump the toxins into the water

“The writing has been on the wall for many years with scrubbers and their environmental implications,” says Andrew Dumbrille, adviser for the Clean Arctic Alliance, a coalition of environmental organisations working to protect the polar region from the impact of shipping.

“The issue is that more ships are going to be installing scrubbers, and so the problems are predicted to get worse.”

The race to install scrubbers only began recently. In January 2020, the IMO – the United Nations body overseeing shipping – announced a new global sulphur cap of 0.5%, reduced from 3.5%. To meet the target, it urged the global shipping fleet to switch to low-sulphur fuel.

But it also allowed for “equivalent” compliance measures, as long as ships reduced their emissions.

Scrubbers have proved to be the cheapest way to do so. The cost of buying and fitting a scrubber is £1.5m to £5m, whereas cleaner fuel is £250-£400 a tonne. The scrubber pays for itself within a year.

“It’s been a loophole for industry to continue burning the cheapest, dirtiest fuels,” says Lucy Gilliam, of Seas at Risk, an association of European environmental organisations.

Most vessels use an open-loop system, meaning that instead of holding waste in a tank to be disposed of at dedicated port facilities, the ships directly dump the acidic wash – up to 100,000 times more acidic than seawater – overboard, says Eelco Leemans, an Arctic marine researcher.

“It’s a huge mistake,” says Gilliam. “We could solve the problem of sulphur pollution by switching to cleaner fuels. But instead we’re just transferring the problem from one place to the other. And that’s really frustrating.”

Read the article: The Guardian: Shipping’s dirty secret: how ‘scrubbers’ clean the air – while contaminating the sea