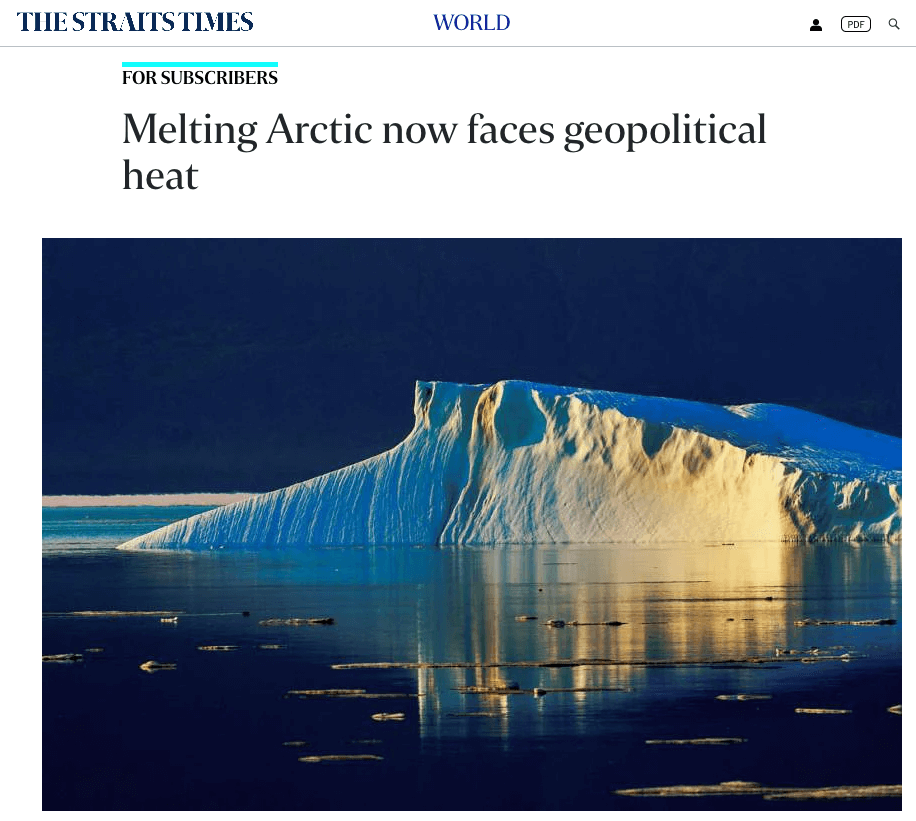 Dr Sian Prior, who is based in the United Kingdom and is lead adviser to the Clean Arctic Alliance, told The Straits Times that among the big issues are black carbon emissions, which “not only have a bad impact wherever they happen, but have an even greater impact in the Arctic because of the proximity of the snow and the ice”.

The Clean Arctic Alliance comprises 18 non-profit groups campaigning to prohibit the use and carriage of heavy fuel in the region, given the extreme sensitivity of the environment.

“We’ve had an advantage in some respects that shipping levels there have until recently been quite low,” Dr Prior said.

“We’ve spent some years having the luxury of being able to look ahead at what is needed in terms of shipping in the Arctic.

“But inevitably, or as always, progress is slow. And as things… become more politicised, I think it’s only going to get harder and harder.

“We had the opportunity to be ahead of the game, but now we’re struggling to keep up with the game.”